If you couldn’t get to this week’s networking event, you missed a very informative session. Have no fear, this quick read will catch you up on the highlights.

In 2011 there was what Julian calls the ‘Preston collapse’. The area was struggling financially and austerity measures were leading to increased inequality, little investment in the area and weak productivity.

Although there was no money in the area, it was still possible to stimulate new thinking, for which the council took a lead. By changing policy to emphasise location, they were able to benefit the local area. They started with their own contracts, looking at ways to make bids more accessible for local businesses. Rather than sending out one large bid for something such as estate services, they broke it down into smaller task areas. This made it easier for local companies to compete, and dissuaded larger contractors who wanted larger projects to manage.

In addition, the criteria for such contracts favoured local businesses through their requirements. Additional merit was given to companies that reduced their carbon footprint (making local transportation desirable), could create local jobs, and provide a living wage. Within the first year of trialling this, the council doubled the number of local suppliers within their top 300 from 14% to 28% (2012-12 to 2014-15).

Following this, they looked at anchor institutions – large companies based in Lancashire that were tied to the area, such as UCLan – to do the same. From 2012 to 2017 the amount of money spent locally raised from 39% to 79% in Lancashire. Alongside this it has been noted as the ‘most improved city’ in the UK.

Looking to replicate the model elsewhere, many other areas are eager to follow suit. Having an evidencable improvement in Lancashire is key to this, as other councils and big businesses would not be comfortable following suit without evidence that the model works.

Many companies act co-operatively without declaring themselves as such. Co-operatives are built on 7 principles, which act as guidelines for co-ops to put their values into practice. These are:

Some of the main take-aways from these principles regard the equality of employees throughout the company. For example, the highest paid member of the company typically can only earn 6 times the amount of the lowest paid employee.

There is also an emphasis on working inter-cooperatively, meaning that companies within the co-op do not compete against each other, only external companies. In times of trouble, such as one business not making enough money, the companies in the co-op would expect to find a solution together; either moving employees to another company in the co-op or all taking a small pay cut in order to avoid redundancy.

The governance of a co-op is much like that of parliament, with the general assembly voting on who represents them in a governing council. This council elects a General Manager who can create a Management Council (like the cabinet) who acts alongside the social council, which ensures the assembly’s social welfare remains paramount in decision-making. 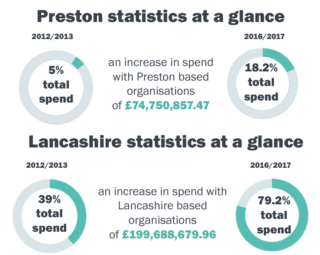 The Larder is a social enterprise that opened in Preston a few months ago. They use seasonal locally-sourced food in their café and are also waste free.

Chryssa explained that they are looking at three different areas with their project. 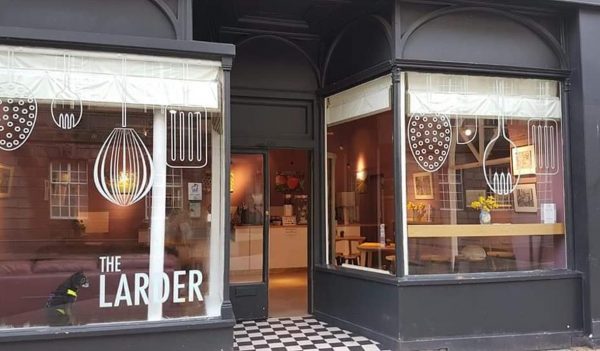 ThePDF looks to keep graduates in the area

UCLan has many digital courses here in Preston; however, after graduation there is a ‘brain drain’ where students move out of the area. Jobs are more readily available in areas such as Manchester, where there are many start-up companies, offering them the lifestyle and type of work that they want.

The PDF looks at creating that locally, particularly focusing on a different style of employment. Being a co-operative means everyone in the company has an equal vote and is invested in the projects that they take on. They intend to work B2B on a small scale and see where it goes from there.

Propeller Networking is held on the 2nd Tuesday of each month from 4-7pm. Next month we will be looking at Funding Early-stage Growth with Robert Sheffrin from the Investment Readiness team.