This event has passed.

The Preston Model has been creating a lot of buzz, not only in Lancashire but throughout the world. But what even is it?

Learn about the various aspects of the Preston Model and how they link together to develop an alternative economy. Our speakers will focus on the role of worker-owned co-operatives for sustainable development, including how to start a new co-op or convert an existing shareholder business into a co-operative.

We’ll hear from two local co-ops who have been supported by the PCDN (Preston Cooperative Development Network) and introduce you to new funding available to you through UCLan and other local networks.

As Leader of the Council, Matthew has been central to the establishment of the Preston Model. One of the key aspects of this has been encouraging worker-owned cooperatives for a more democratic local economy. Matthew works in over 50 different geographical areas and is growing transnational links with the USA, Canada, Germany, Tanzania and others. 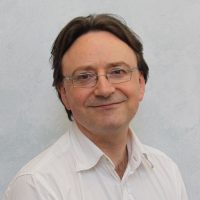 With more than 15 years of experience as an organisational consultant for Otalora Management and Co-operative Education Centre in Mondragon, Julian has been developing links between Preston and Mondragon since 2013. Twice funded by the Preston City Council to research co-operative development in Preston, Julian’s recommendations constituted the basis of the current development. His public writings on the Preston Model and the co-operative project have reached large audiences, speaking recently as far afield as Washington and Bermuda.

We will also be joined by two local co-ops who will give a short presentation and be on hand to answer any questions you have.

This event gives you the opportunity to network with like-minded people in an informal and relaxed atmosphere. A buffet (with vegetarian options) will be available.

Please note that photographs will be taken at this event and on arrival guests will be asked to sign a disclaimer agreeing that the University of Central Lancashire may use images in publications and advertising media, such as brochures, information leaflets, posters and other formats in the promotion of the University. The images may be used in these formats without further permission or payment, for the foreseeable future.

This workshop is partially funded by the U Start project to support students, graduates and university staff to unlock their entrepreneurial potential and become enterprise ready. This event is in conjunction with Lancashire Forum Creative.

Book below to reserve your place on this free event.

Tickets are not available as this event has passed.
+ Google Calendar+ iCal Export