Kristin Richardson: How chronic illness empowered her to make a mid-life career change

Kristin Richardson changed her career after over a decade in the UK Higher Education sector. Now she works full-time as a naturopath, with her company Kristin Richardson Natural Healing; helping busy women to reclaim their health, wellbeing and purpose to get more out of life.

What is natural healing?

You may very well have experienced it yourself: you go to the doctor’s and after 5 courses of treatment they still don’t know what’s wrong with you. Well, that frustration and desire to find a solution is what set Kristin on her path towards entrepreneurialism.

Her business as a Natural Healing Specialist gives clients a “full MOT” of mind, body and spirit from birth to get to the root of the problem and improve life through simple, natural nutrition and lifestyle changes.

“I’d always known I wanted to work for myself, but didn’t know what I wanted to do until then.”

Treating the cause rather than the symptoms, Kristin’s approach draws on several fields including nutritional healing, Chinese medicine, Ayurveda and naturopathic techniques. Each of us has a unique biology and different factors that influence that, including stress, trauma and toxic load. Through a holistic approach, Kristin helps her clients identify how to adapt their lifestyle in order to heal themselves and feel great.

The journey to natural healing

Where many people can be anxious about changing careers in mid-life, those who start their own business are often driven by passion. For Kristin, choosing to retrain and work for herself came naturally.

Pregnant with her second child, she presumed her poor health was temporary and would improve once the baby was born. Instead, she found that her symptoms of chronic sinusitis, headaches and light sensitivity lingered far after the birth. Although she had worked with a naturopath before, it wasn’t until the doctors suggested surgery that she decided to find a non-invasive and natural solution on her own.

“I was very motivated as I wanted to be healthy and have energy to look after my children. I responded well to the herbal doctor and medicine, but it wasn’t until I completed an elimination diet that I started to see improvements. That means I removed all inflammatory foods from my diet for 3 months and slowly re-introduced them. It turns out I had a gluten intolerance, but I also realised that I no longer had energy slumps or cravings for caffeine or sugar. It made such a large impact on my life, I wanted to know more about it.”

Kristin undertook a diploma course with the Nutritional Healing Foundation to become a naturopathic nutritionist. The course had an integrative, holistic approach that not only looked at the science behind nutrition and naturopathy but also considered the influence of spiritualism and mental health.

Putting that knowledge into practice, Kristin now helps to empower others through taking responsibility for their own health. 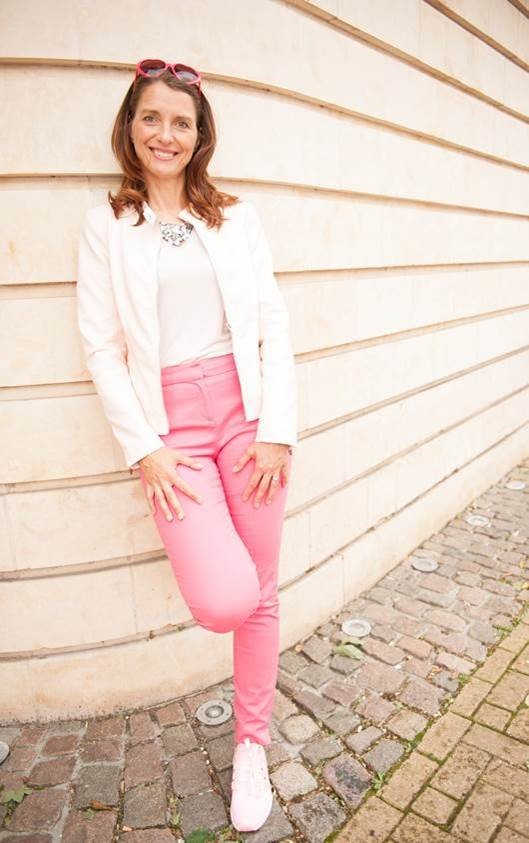 Kristin developed a website with student Anna Richardson through the UNITEplus scheme. UNITEplus partners a local SME with current students for 140 hours of paid work experience. The student of Fashion Promotion helped Kristin to create a social media strategy, a website and templates for social media. She also still works with her today as a freelancer.

“I have a degree in corporate communications, but it’s been a huge learning curve to fuse my personal voice with my corporate voice when I suddenly have to be the brand. I wrote the website and it was full of technical jargon and I knew I needed an outside perspective.”

As a UCLan staff member, Kristin knew she could receive support from Propeller. Kristin worked alongside business mentors to develop her personal brand. ERDF U Start Project external mentor Jackie Harris helped Kristin to write for her audience and Alan Livesey worked with her to develop video and photography skills for her digital brand.

“Working with Alan has been a massive part of my journey; it’s given me so much confidence. I’ve come a long way since the first video which I was too nervous to post online. Now I’ve just finished my 15th Facebook Live. Whenever I have doubts I just push them aside and get on with it. Every challenge is an opportunity for growth.”

In the summer of 2020, Kristin made the transition from self-employed with a job to working on her business full-time.

“If I have one take-away from being an entrepreneur, it’s that I haven’t felt so alive and excited in a very long time. Life changes when you settle down. For me, it became more of an existence than a journey but being a business owner with a passion is an exciting joy ride. It’s nice to do something meaningful where I can help change lives.”

With a growing client base, Kristin intends to expand her offer in coming months. Alongside her 1-1 guidance, she is also planning online courses that allow her to reach more people. Given that people throughout the world now work online, the format has become a staple of modern life. This allows a wider variety of people to access the resources available. The first step for this will be offering live courses and developing a content library at a later date.

If you want to keep up to date with Kristin’s progress or are interested in her services, you can find out more on her website kristinrichardson.co.uk. Or you can follow her on social media: