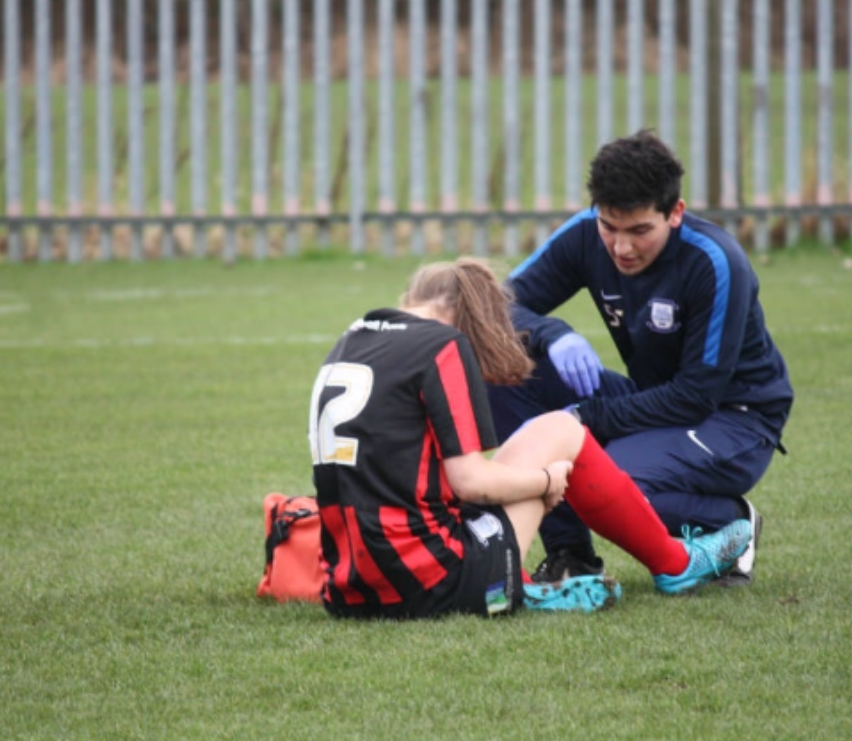 His initial business plan was impressive and, wanting him to have all the help available from the University, his tutor advised him to approach Propeller. Sam didn’t quite know what to expect from his first meeting with Propeller but describing it later he said:As Sam Cheema was reaching the end of his MSc in Sports Medicine at UCLan in 2017, he decided that his future lay in opening a Sports Injury clinic in Southport.

“Steve was so amazing on the first session. Mine is a niche business but he spent two hours getting his head around what I do and asked all the right questions. He really got where I was coming from and who my clients are. I was bought in hook, line and sinker to what he suggested”.

There was immediate value for Sam from Propeller because meeting someone who understood his challenges was enjoyable for him and he’d found a mutual commitment to his business. Plus, what came out of the meeting had potential value. Having no background in marketing, he hadn’t realised the power of understanding his business in relation to its competitors and this was a new perspective for him. With Steve mentoring, Sam carried out a competitor analysis and was quickly able to see how the position of Clinic Fifty6 could be improved thanks to what he had learned. From that point, Steve and Sam worked together on the growth and development of the business. They profiled its target market and Sam developed a consistent brand identity and marketing messages for his social media channels as well as developing off line activities to complement the online offer.

Sam is clear about the effect of this work:-
“I have learned so much from working with Steve. I now feel confident about my overall approach, using digital marketing, analysing results and building a brand – and that has been my aim from day one with the business.”

“The most important thing for me was to have someone working consistently with me to drive my business growth and, in Steve, I got this and much more. The help I have received has been invaluable, I have learned some skills that I am sure will last me a lifetime and I would urge anyone with a small business to go and seek help from Propeller. I hope they get as much from it as I have.”

The value of all this hard work is beginning to be realised. Sam is in control of his business and making the most of his marketing budget, the traffic to his website has increased by more than 50% over the past few months and his client base is building so well that he has decided to take one day a week in order to work on the business rather than in it. He still has regular meetings with Steve and they are planning for a time when the success of Clinic Fifty6 is solidified and Sam can move on to opening a second premises.

You can find Clinic Fifty6 online through their website or social media channels: